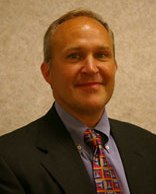 Dr. Koeplin received a Bachelor of Science degree in chemistry from Northwestern University in Evanston, IL. He obtained his medical degree from the University Of Missouri School of Medicine, Columbia, MO in May 1989. He completed his surgical internship and residency at Hennepin County Medical Center in July 1994 and received board certification from the American Board of Surgery in May 1995. He entered private practice in August 1994 and has been with Minnesota Surgical Associates, P.A. ever since.