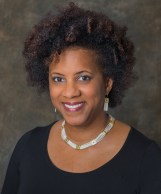 Dr. Adefris received her undergraduate degree from Brown University in Providence, Rhode Island, in 1984, then earned her medical degree from Temple University in Philadelphia in 1988. Her internship and residency were completed in 1992 at Emory University in Atlanta, Georgia.
After working in private practice in Atlanta, Dr. Adefris and her family relocated to Minneapolis in 1994. She is board-certified and is a Fellow of the American College of Obstetricians and Gynecologists.
Dr. Adefris is currently serving on the OB/GYN Advisory Board of The Medical Protective Company. She is also a member of The Minnesota Medical Association.

Dr. Adefris was selected as a Top Obstetricican/Gynecologist in Woodbury, MN by The International Association of Obstetrics & Gynecologists published in “The Leading Physicians of the World”

Dr. Adefris was also selected for Best Doctors for Women in Minnesota Monthly.